1948 – True story of a cat found and smuggled on board HMS Amethyst, all through the eyes of the very cat himself.

Sea cat Simon knows that cats have nine lives and it’s the first thing he remembers his mother telling him. With this heartwarming start, Blackie or Kitty as he is sometimes called remembers his mothers kind words and the kind heart of the humans who take him under their wing and feed him on Stonecutter Island, who takes him on  his ship – George the human who becomes his saviour and experiences life on board a very long journey at sea. With his new human friends and more experiences than anyone could ever hope for, even for a cat wit nine lives, this is a story trough the eyes of a small but very adventurous little kitten.

From the shores of Stonecutter island(on the map above) in Hong Kong, a small kitten is found and rescued by a British sailor who smuggles him aboard HMS Amethyst.

Imagine the noise and the chaos from the eyes of a small cat:

“The Quayside is an assault on all my senses”

His world is changed in an instant – from a lonely existence where he doesn’t know what happened to his brothers and sisters, and where fear is his only companion. Now George a sailor offers him a sardine (fish can come in tins don’t you know), and a chance of a new life.

But a cat has to explore and on the ship, this brings new challenges such as judging distances close to so much water, avoiding slippery surfaces, the resident dog and finding the resident mice. But he thinks its rude to wake up his human friend and so cuddles up on the edge of the bed and dreams of moths instead.

“And then the pre-dawn Cacophany, also human in origin that started up long before the sun peeked over the horizon.”

When disaster strikes, Seacat Simon learn about survival in many other ways and about war and chaos. The human world he sees as not being too different to the troubles of cats but the way they deal and struggle is very much the same. His only wish is to abide by the sailing code and the code that sailors see cats as lucky. When the ship arrives in the Yangtse river, history unfolds and we learn of what it means to be in enemy territory on every level.

A very poignant tale of a emotional event in history told in a very clever way.

If you’ve ever thought what a cat might think and do then this is the book for you. How can you be sure that it likes the name you’ve chosen for it? I’d be careful if I were you as they have a strong opinion on the subject if Simon is anything to go by. Cats keep sailors safe he is told and so as he starts to live life more comfortably on the ship, his confidence grows and he speaks of joining the crew which I found hilarious!

This cat has some attitude and then some! It’s a lovely true story and very inventive to tell I thought the eyes of the cat! Life is all about order and routines he says. The day he describes as his first kill, and the day she meets Peggy the dog…..

This is such a charming read with a serious back story that it really has to be read to be believed and appreciated. The story of the Yangtse river incident is heartbreaking and even more poignant from the eyes of a cat. Oh and the ending! No spoilers here but it’s emotional.

Lynne Barrett Lee evokes the war and the fate of the Amethyst in a way I’ve not seen before and it was a joy yet a heartbreaking one at that to read. 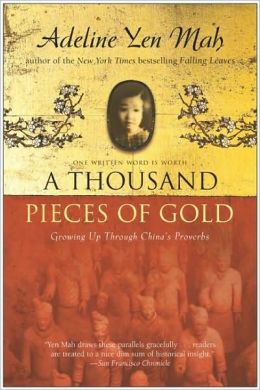 Travel through China’s history via its proverbs

If you’ve ever been fascinated by Chinese proverbs and wanted to know their origin and what they really mean, then this is the idea book as it guides you through a story of China and its people and reveals how proverbs are tightly linked to historical events and Chinese culture.

An ideal book to read in snippets for each chapter reveals and explains a different proverb. ‘Clapping with one hand produces no sound’ was one such example and ‘Little sparrows with dreams of swans’ gave good advice. Very interesting and a fascinating and easy to learn a little Chinese language itself as you learn of the country.

This is  a story of Chinese history  where each chapter is a a proverb but where the ultimate book is one fluid and fascinating account of a country undergoing change. It’s a remarkable feat to have produced an interesting and easy to read account of a country’s journey via its proverbs and belief system. It takes us all around China across the ages and is also the journey of Adeline Yen Mah who has written this in honour of her grandfather who told her stories using proverbs when she was a young girl using proverbs

Proverbs mirror the past to benefit the present

From the rise of First Emperor (Qin) of China, Chairman Mao’s reign, the handover ofHong Kong and the cultural revolution, nothing is left wanting yet despite the many places and historic moments we travel to with her, there is never a sense of an overload.

From Shanghai, across the dynasties to more modern times such as the handover of Hong Kong to China, this is a book which does transport and allow you to see chinese events and history through the eyes of the country’s people. Adeline is a great narrator and travels with you, guiding you through not just her country’s but her own turbulent times. With a language and linguistic insights too, this really is both a story, a history and a handy reference guide to keep and treasure.

Perfect to read anytime but on Chinese New Year, a fitting opportunity to discover more about this fascinating country

In rural Hunan province, Lily and her friend Snow Flower are kindred spirits or laotong. Laotong means that the two people in the relationship have emotional closeness and eternal friendship.

Both Lily and Snowflower  experience the painful process of foot binding at the same time. The tradition of binding your daughter’s feet deforms their feet, making them stay small and attractive to men.

But for me the most exciting discovery of the Chinese culture was learning about of Nü Shu a secret phonetic form of ‘women’s writing,  which Lily’s aunt taught them. They also learn Nü Shu songs and stories.

The language is fascinating for many reasons since it reveals a lot about the culture and lifestyle of China at that time. Society was sex-segregated for a start, girls and women did not have the same access to literacy as boys and men though and many people in fact were illiterate.

I couldn’t find out when or how Nü Shu came into being and I don’t actually think anyone knows, but, because it is clearly based in the standard Chinese script, hanzi, but when literacy spread, women stopped learning it and so it began to disappear. The Japanese apparently were wary of it when they invaded China as they thought it might be used to send secret messages!

I loved this as it took me back to a fascinating time albeit one where women were forced to be second class citizens.  It fascinated me on many levels – particularly the use of language  and how they managed to use this secret language to communicate and learn and to really advance as people. The power of language struck me and I found it a very beautiful and unique story – more so that the book itself to be honest.

Where I would like to travel to is to visit women who still use and speak this language and to find out more about how women lived or survived during this time. I have never heard of a language quite like it  – its development and role in society but it made me want to travel into 19th century China and to learn more about it.

When I read up more about what the book was about,  it turns out that a lot of the books written in this secret language were cloth bound booklets given to daughters upon their marriage. They wrote songs in Nüshu, which were performed on the third day after the wedding and they expressed hope and happiness for the bride as she left.

If anyone can tell me more about this forgotten language of the past I would love to know more.

If ever there was a time travel machine I would want to use it now.