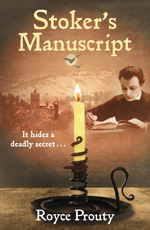 A used bookshop owner, Joseph Barkeley, is both nervous and excited to receive a call asking him to authenticate the original draft of Bram Stoker’s Dracula. His friends and family are nervous however since he must return to his childhood home of Romania to do it. Romania hides its own secrets for Joseph since as a young boy he and his brothers were rescued from Ceaușescu’s grasp.

But he returns, and he discovers a truth more terrifying and worrying than the Dracula legend. Romania is to show him that the truth is often much stranger and terrifying than fiction and it is not clear where fact starts and fiction ends.

Snagov Monastery, where, according to legend, Vlad Tepes/Vlad Dracul,  the ruler of Walachia is buried. This is apparently the inspiration for the name of Dracula

Transylvania – the historic region of Romania

The novel starts off with a letter from Transylvania and although Joseph who receives it lives and works in Chicago, the most mythical and evocative sections of the story take place in Romania and at the many sites and places associated with the Dracula story.

An appealing part of the setting is the link between the second hand bookshop and the chance to possibly find the truth behind one of the greatest horror stories of all time. A book lover’s dream and very enticing to go to Romania and experience the thrill of the story of Dracula himself.

A perfect read for this time of Year. Happy Halloween!