To celebrate the  77th anniversary of the establishment of Rome’s Cinecittà studios, created by Benito Mussolini which became a home from home for Hollywood stars in the 1950s and 60s, the Booktrail has selected Italian set books for a little trip around the country via literature! Whoo hoo so jump on the booktrail train and off we go! 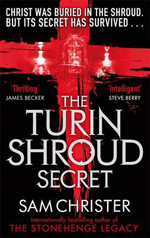 A book of two halves. Set in Los Angeles where Lieutenant Mitzi Fallon is trying to solve the unusual crime of  women being murdered and then wrapped in bed sheets as if in a shroud.

Set in Turin – Mitzi’s colleague has been sent to Turin to investigate the murder of a writer who has written a script for a film about the Holy Shroud. What had she found out that was so controversial that it meant that she needed to be silenced?

What is going on with these two events and is there a link in some way?

Under the Tuscan sun

Poet, gourmet cook, and travel writer—Frances transports us to a wonderful world of Italian food and drink wrapped up in scented and evocative tales of this wonderful part of the country

A Spanish cardinal bribes his way to the top of the Church of Rome. Battles between Rome and cities all over Italy such as Naples and Florence. Strategic marriages, incest, cardinals who prefer to fight in battle, army chief who would prefer to be in the company of whores.

This is the story of Rome that you wont find on any guide or in any gideook! 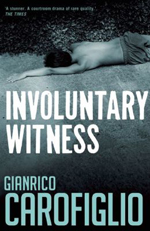 A nine-year-old boy is found murdered at the bottom of a well near a popular beach resort in southern Italy. A Senegalese peddler is accused of the crime. It looks like a hopeless case for Guido Guerrieri, but he soon has a fight on his hands and a fight he is determined to win

Se during the Second World War in 1943, when a small detachment of British troops finally arrive at the Sicilian city of Catania . The people there have suffered immense bombing and bombardment.

This is their story  – of the troops, the inhabitants there and an extraordinary situation brings them together.

Ooh we love literary trails here – what would you recommend? We’d love to know!