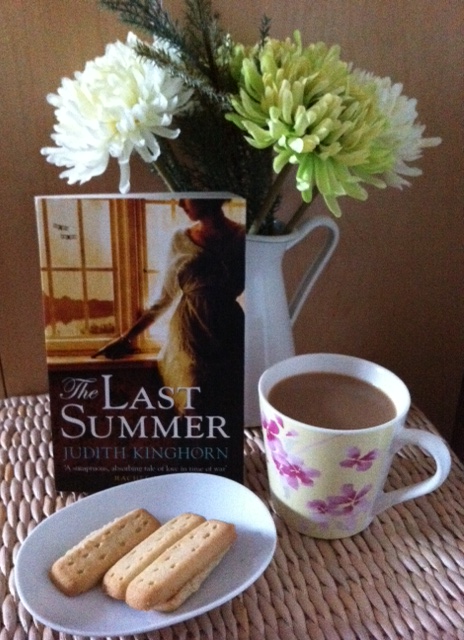 Now then, I hope you’re sitting comfortably and have dressed for the occasion as it’s time for a cuppa and a chat about The Last Summer with the lovely Judith Kinghorn herself….

The Last Summer has been compared to the television series Downton Abbey and to the novel, Atonement. Do you mind the comparisons and do you agree with them?

I’m very flattered to be compared to such a well-loved and popular television series, and particularly flattered to be compared to such a great novel. But I’m not sure The Last Summer is like either. Any similarity between my novel and Downton Abbey is, I think, more to do with the period and the setting – the English country house. And comparisons to Atonement are perhaps more about the storyline of love between the classes: Atonement is set in WW2, The Last Summer in WW1; and they’re very different stories. But as I say, I’m very flattered!

In an interview, I remember you saying that reading Daphne Du Maurier’s Rebecca was an inspiration to you in writing the novel. What was it about Rebecca that inspired you?

It was really to do with the (unknown) narrator. I think this is a crucial element in Rebecca’s success and in the tension of the novel. After reading it, I knew I had to write a first person narrative; a story with an intimacy that would take the reader into the mind (and heart) of the narrator, and immerse them in a particular time and place… so that they could live it, see it.

I loved The Last Summer. Was Deyning Park based on anywhere in particular? Even though I have imagined it via locations I’ve been to (see yesterday’s blog post) I would love to go to the place which inspired it!

The actual house doesn’t exist and isn’t based on anywhere in particular, but the location does exist – and isn’t far from where I live.

I knew before I began writing the novel where I wanted the house to be. So, in my mind’s eye, I laid out the grounds – the lake, the island, the walled garden and pleasure gardens – just as though I was painting a landscape, albeit one I knew, and then, finally, I placed the house there and gave it its name! It looks out over the South Downs, to the east of Midhurst in West Sussex.

In a film of the book, who do you imagine playing your characters?

Oh my. I’ve been asked this before but I really have no idea. I think, I hope, that if The Last Summer were to be made into a film, the leading actors – Tom and Clarissa – would be English actors. And there are so many wonderful emerging young actors that I wouldn’t like to say which ones. Also, it would have to be two who could play the parts from youth through to middle age, so not easy. But I could easily see the likes of Judi Dench and Maggie Smith in the roles of Mama and Venetia!

If you could have dinner with 4 writers living or dead, who would you choose and why?

Virginia Woolf, Edith Wharton, Jean Rhys, and Rosamond Lehmann: because they’re a few of my favourite writers and led such fascinating lives. I’d love to listen to Virginia on the Bloomsberries, and hear her gossip about the other writers and artists she knew; I’d love to hear Edith’s voice, her American accent and witty observations on New York society; I’d love Jean to tell me about her childhood growing up in the Caribbean and her early days in London in the 1920s; and I’d be able to ask Rosamond about her love affair with Cecil Day Lewis and her long and tumultuous life. And I’d have the opportunity to tell each of them how much their writing has meant to me.

Being a fellow North Easterner, what do you miss most about the North East now that you live elsewhere?

I sometimes miss the space and, as I grew up on the Northumbrian coast, the empty beaches and the sound of the sea and all those ruined castles.  And I often miss the innate friendliness of northerners. But, truthfully, it’s a long time since I lived there and now I very much think of Hampshire as home.

Thank you very much Judith for taking the time to chat with me about your book and inspiration for it. It’s been lovely to meet you and to spend time at Deyning Park!

Judith’s second novel The Memory of Lost Senses was released in the UK in May 2013. To find out more about this book and of course The Last Summer, please go to Judith’s website. http://www.judithkinghornwriter.com/ 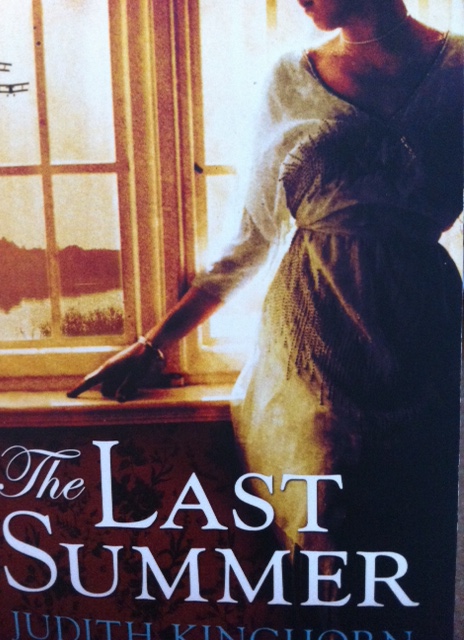 Allow me to take you on a tour of Deyning Park -the world of Judith Kinghorn’s ‘The Last Summer’ –  to the world of Clarissa and Tom, to sumptuous parties against the backdrop of war.

Clarissa is a girl trapped in a gilded cage, who reads to escape her daily life and who meets a man who changes her life in ways she would never have thought possible….

And through an opening line like that….I walked right into the world of Deyning Park.

Deyning Park is the grand house where Clarissa lives with her parents and three older brothers, Henry, George and William. The house was ‘built in the neoclassical style from honey-hued stone’ and has ‘a multitude of tall windows’ . From her window,  she could look beyond ‘the six hundred acres of landscape gardens to the South downs in the distance. So I travelled to Deyning – the Deyning in my mind and took my book to soak it all up – literary style –

‘It was the only point in my vision that my father did not own, and I sometimes wondered who lived there,beyond my world, beyond Deyning.’

I meet Clarissa Granville aged 16 in the summer of 1914. The spell of her childhood has been broken by the arrival of Tom Cuthbert, who Clarissa immediately likes but who is considered below her social standing.

They first meet in a library – she often resorts to reading and spending time in the library to escape from what she considers to be her gilded cage.

‘When he appeared in the library that day, I was perched at the top of the library steps, reading a volume of Emily Bronte’s poems, and I can’t be sure but I think that I may have been reading aloud.’

Tom and Clarissa grow close but their relationship is both passionate and strained. They are often apart from each other and can only often meet in secret. When the war breaks out Tom and the men in Clarissa’s life are somewhat lost to her. This is where we see the changes in Deyning Park and the place of women and indeed men in society.

Factually accurate details of wartime and the class systems of the time have been woven into the narrative, and issues such as the suffragettes, the changing political climate of Europe and the threat of war are omnipresent. 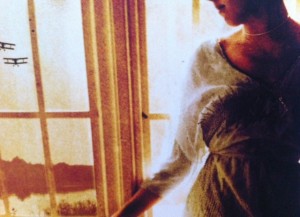 The Last Summer is a walk into the past – to Deyning Park and everyone who lives and visits there:

‘People had gone but an echo of their presence lingered; their voices held in the atmosphere , passed on the whisper of trees.’

‘A meandering trail of pale linen and straw hats…..’

While the love story of Tom and Clarissa’s relationship is weaved into each and every page, the last summer is so much more than a love story.

It’s a story about war time and how men and women had their independent struggles to contend with – the men were sent away to fight and often die whilst the women at home had to struggle on and mourn together, keeping everything together for the sake of their families.

It’s a story that immerses you in the time and place of  a young girl wanting to escape society’s expectations of her:

‘Like my mother’s orchids, I had been nurtured in a controlled environment, an atmosphere maintained at a consistent temperature, protected from cold snaps, clumsy fingers and bitter frosts.’

Judith Kinghorn has written a very visual novel  – full of mystery, hidden secrets, forbidden love and human emotions. She transports you to another time and place, sits you side by side the Granville family and hands you a glass of champagne when you join their friends.

Deyning is as much a character as Clarissa and Tom.

Immerse yourself into a world of:

A changing world and hidden secrets

I am very proud to say that I will be having a cuppa and a nice cosy chat with the lovely lady, Judith Kinghorn, herself tomorrow. Do dress for the occasion and join us won’t you?