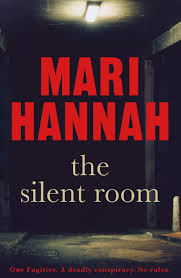 2000s – A prisoner sprung from a van on a Newcastle road will lead to a trail of conspiracy reaching all the way to murder.

A disgraced Special Branch officer sits in the back of a prison van on its way to Durham prison. No sooner has it set off then armed men storm the van and hijack the prisoner.

The prisoner, Jack Fenwick is the former boss of Detective Sergeant Matthew Ryan who is immediately suspected of somehow being involved. He is suspended and so locked out of the manhunt.

However when the official investigation goes awry, Ryan is determined to find out what really is going on and so he goes ‘underground’ enlisting others to help him get to the truth.

The truth turns out to be  lot darker than Ryan or anyone else could have imagined and will take them to Norway in the grip of an international conspiracy that is by no means over yet.

Crown Court Newcastle. From the start as the prison van carrying Jack Fenwick leaves the court at Newcastle’s Quayside and makes its way across the Swing Bridge, making its way into Gateshead and towards Durham, you just know where this is going to happen and the impact when it does it by no means diminished. The hijacking is brutal and vivid, emotions raw and the hunt is on.

The aftermath takes you on a journey in and around Newcastle,  the inner workings of Northumbria police and the Professional Standards branch. The demands of the jobs are brutal and unforgiving, the dedication of the team clear yet there are some characters who seem hell bent on getting their own foot on the ladder and to heck with anyone else.

The team are made up of Eloise O’Neill – a no nonsense taking woman and DI Macguire who represents everything Ryan hates in a copper. The animosity and suspicion of the police of one of their own bristles and rankles with Ryan’s belief in the truth. Grace Ellis a retired officer who worked with Jack in the Serious Incident Squad creates a ‘silent room’ – a secret bunker style of incident room where a team kept out of the official investigation start their own.

The North East is a nice backdrop to the search – local colour is interspersed at regular intervals to place the action. From the small village of Dunstan Steads where Ryan lives to the inner city setting of Fenham where Grace lives and where the local news team headed by the real life presenter Ian Payne (as himself) comes to the fore blends local colour nicely with an author proud of her surroundings.

The investigation takes a new turn when it is discovered that the death of a Norwegian national could be linked to the case. That’s where this mention of Norway ends however as the events which take place here are central to the novel and so it’s on the booktrail map but you have to read the book to find out why.

Well Mari, you certainly know how to ramp up the tension and create a police team that pulls no punches! With her paintbrush speckled with North East colour, she washes it over the gritty, punchy story, interspersed with action, fast moving events and a trail which leads to a very interesting and unique conclusion!

This is no Kate Daniels. Heck I’m sure she could work in the team but then I was rather afraid of O’Neill and Maguire myself so kudos if the three of them should ever meet. These are the tough guys – the hard men of Northumbria police. These guys mean business – violence, double dealing and a dark dark core makes this a thrilling, bumpy and dangerous ride.

I liked Ryan. He had guts and determination to find out what really happened and the premise of the silent room was intriguing. I shall now wander down Nuns Moor Road where Grace lived and wonder where this place could be…hmm and in quiet Fenham who would have guessed?

The splashes of local colour such as Ian Payne, mention of Gazza, the Quayside and the heritage of the old pub in Central station makes this a novel which stands proudly on the NE literary map.

This is a gritty read and it was a real surprise to see how events took them to Norway and a whole other area of intrigue. Being a language fan, it was great to read the smattering of Norwegian which added to the overall sense of place. The conspiracy unravelled and there were some unexpected and neatly done twists.

Mari I am now going to rest a little, my heart thumping as it is. I need to lie down somewhere quiet although maybe not in the silent room that you write about.