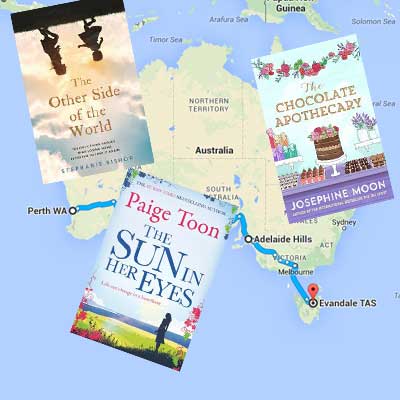 The Sun in Her Eyes

Despite the sun and warmth of Australia however, it’s during the dark moments where Amber really has to deal with. There are difficult decisions to be made – far from where ‘home’ is at the moment but then is home not where  the heart is according to the saying?

Returning home after many years away can leave you with more problems that it solves. You can feel a stranger in your own country and in your own life.

The Other Side of the World

1960s – Moving from Cambridge, England to Perth Australia is a move between cities, climate and cultures. But problems have a way of making the same journey..

Charlotte struggles to remember who she was before she had a family. She loves her 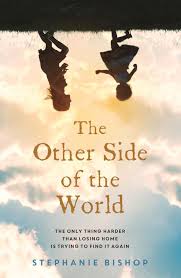 children and husband Robert but has forgotten what it is to be Charlotte – not just a mother and wife but Charlotte, who loves to paint.

Robert is also unhappy as when a chance to move to Australia comes his way, he grasps at this new opportunity of a a fresh start. Charlotte is too tired to argue and so their journey to the other side of the world begins..

Perth their new home is not paradise however as a new city,a new setting reveals the cracks and weaknesses life in Cambridge never did. Charlotte wonders if there is anywhere she will feel at home.

A Chocolate Shop in Evandale Tasmania? Chocolate tasting and cooking in France?

You can practically eat this novel!

Evandale is a small town in Tasmania which really does exist yet sadly there is not (yet) a chocolate apothecary as featured in this novel. It is so real and vivid that you really expect it to exist and as you lick your fingers from the chocolate you’d had to buy to read this novel, you wonder why it doesn’t.

When you’re finished with Australian set books then why not head off somewhere else? The world of books is a big place and the possibilities of discovering something and someone new are never ending!