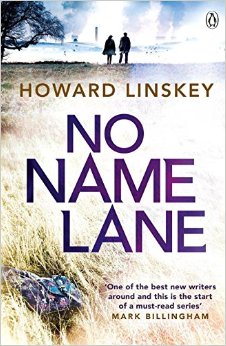 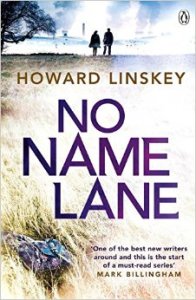 Set in the old mining landscape of County Durham, where loyalties from the past come back to haunt the present

Young girls are being abducted and murdered but Detective Constable Ian Bradshaw struggles to find any leads – he’s a little out of favour too which doesn’t help. And he needs all the help he can get right now.

Another one out of favour is journalist Tom Carney – suspended from his London paper and now back in County Durham where he was born and bred. He and the new reporter on the block discover a case that could well have secrets buried as deep as the mines themselves.

For the most recent victim found is a decades old corpse. Trouble is decades old communities are the hardest to chip away at in order to find the deepest buried secrets

Set in the North East of England, in a fictional yet instantly recognisable ex-mining village, this is the first in the series of DC Ian Bradshaw and a reporter who returns to the region after many years away.

The story opens up in County Durham 1993 with the most creepy of beginnings. Someone is watching a young girl and getting ready to murder her. Then the action jumps to London where the young reporter originally from the North East is set to return a phone call that will change his life .

One of the cases unfolding is that of Michelle Summers who has gone missing and now a body has been found. As we meet her, the Northern humour, so prevalent in this novel comes to the fore –

In Michelle’s view, she lived in a shabby village in the middle of nowhere, at the arse end of the north east of England, and there was nothing that wasn’t at least a bus ride away, even her home.

You couldn’t get away with anything in Great Middleton”

Meanwhile North and South are set to join forces as with DC Ian Bradshaw is in charge of the serial killer investigation whilst also trying to find out the identity of an old unearthed skeleton.

The village is an old mining pit community where the outer shell is hard to crack.

That’s the weird thing, admitted Roddy, ‘the village hasn’t got that many people in it. Aside from two world wars and  a couple of pit disasters most people round here die of natural causes….

“A man could enlist in the forces, join the merchant navy or go and work in ship building on the Tyne. Swan Hunters took a lot of men….”

Although the village of Great Middleton is fictional, it could be representative of many of the former pit villages in and around Durham. For reasons of this booktrail we’ve selected Tanfield since it is a good starting point for a Durham tour and shares some eerie similarities! Great Middleton is said to be some 20 miles from Newcastle.

A great new addition to the North East Noir category of new characters putting even more of the north east on the map. Here the mix of past and present is a good one and the mining community with its secrets and not forgotten past histories is a good starting point for an investigation or two. The two cases covered were interesting although the one from the pas proved to be the most intriguing

Particularly like the fact that a journalist from the North East returned to his patch and worked on the case. Everyone here had their problems and issues but northern characters like these have grit and were good to get to know.

It was good to meet some new characters on a new patch. The two cases covered were interesting although the one from the past proved to be the most intriguing.