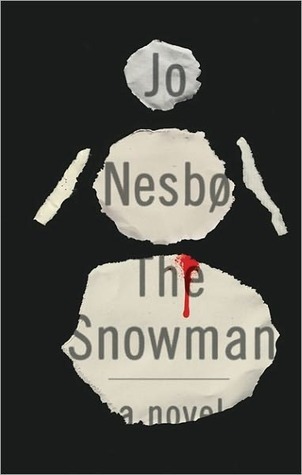 Teaser Tuesdays is a weekly bookish meme, hosted by MizB of Should Be Reading. Anyone can play along! Just do the following:

• Grab your current read
• Open to a random page
• Share two (2) “teaser” sentences from somewhere on that page
• BE CAREFUL NOT TO INCLUDE SPOILERS! (make sure that what you share doesn’t give too much away! You don’t want to ruin the book for others!)
• Share the title & author, too, so that other TT participants can add the book to their TBR Lists if they like your teasers!

We have The Snowman by Jo Nesbo – set in Oslo, Norway –  a perfect read for this time of year:

SOON THE FIRST SNOW WILL COME.

A young boy wakes to find his mother missing. Their house is empty but outside in the garden he sees his mother’s favourite scarf – wrapped around the neck of a snowman.

AND THEN HE WILL APPEAR AGAIN.

As Harry Hole and his team begin their investigation they discover that an alarming number of wives and mothers have gone missing over the years.

AND WHEN THE SNOW IS GONE…

When a second woman disappears it seems that Harry’s worst suspicions are confirmed: for the first time in his career Harry finds himself confronted with a serial killer operating on his home turf.

…HE WILL HAVE TAKEN SOMEONE ELSE

‘A face,’ he whispered

Her son was pale and his lower lip was trembling

‘Is there anything wrong?’ she asked

What do you mean she said, turning the key in the ignition and turning

Scary……Don’t read this if it is snowing outside……