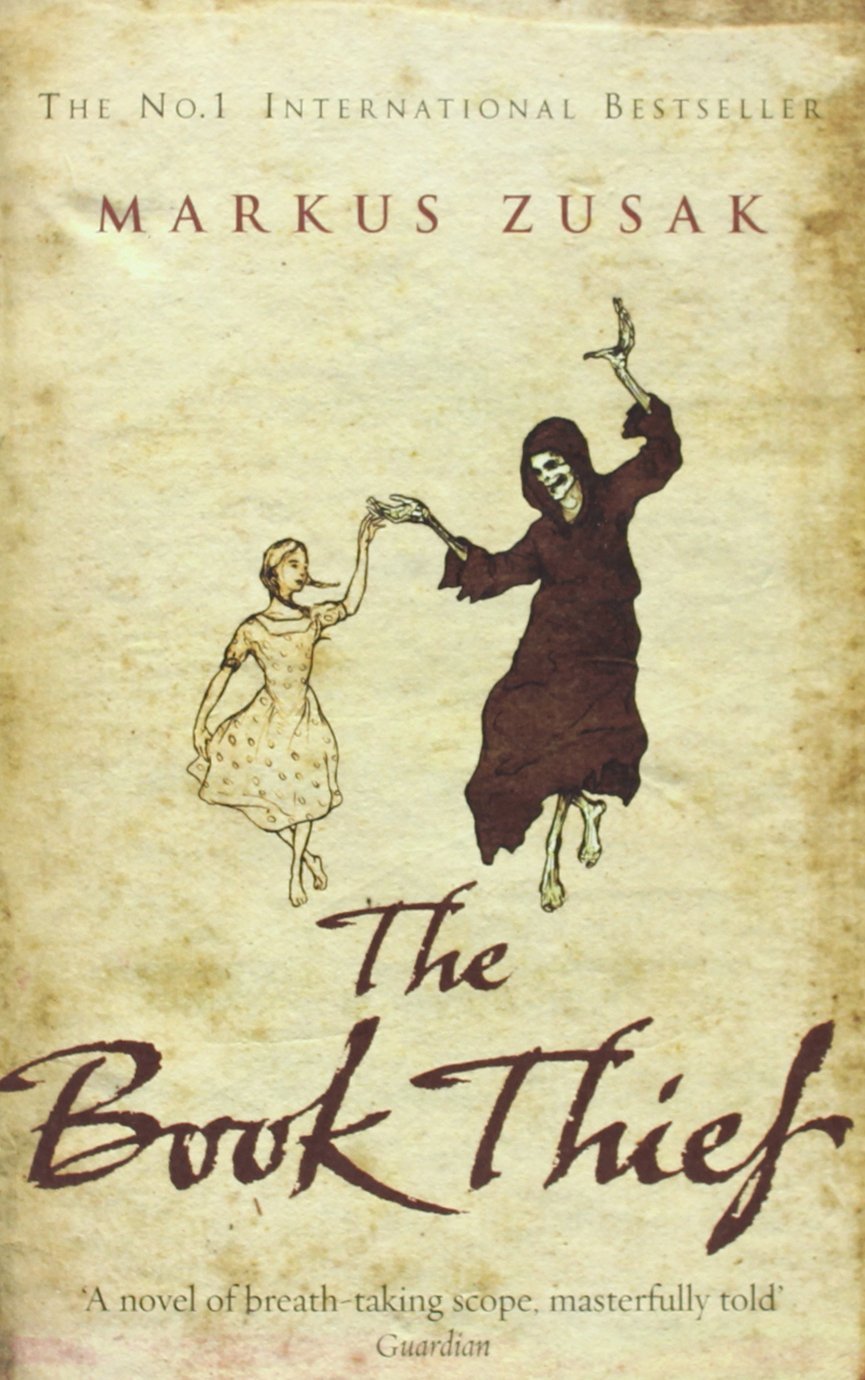 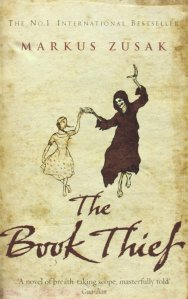 Set in Germany in the years 1939-1943, The Book Thief tells the story of Liesel, narrated by Death. 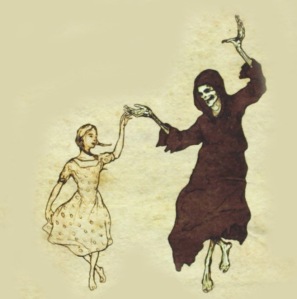 Liesel is effectively a war orphan  – she and her brother are packed her off to foster parents. Her young brother sadly dies on the train.  Death is standing beside her when she steals her first book left lying beside her little brother’s graveside in the snow . Ironically it is called, The Gravedigger’s Handbook.

There was something black and rectangular lodged in the snow. Only the girl saw it. She bent down and picked it up and held it firmly in her fingers. The book had silver writing on it.

This book is the start of Liesel’s journey as with it, she starts to teach herself to read with the help of Hans Herbermann, her foster dad. As well as her books, Liesel’s best friend is a boy called Rudy who becomes a confidant, friend and playmate.

One night, a Jewish boy turns up at Liesel’s house. His father was a friend of Hans, and who taught him the accordion. Despite the Herbermann’s being German, they do not share the hatred of  Jews that the government does and so he agrees to shelter the boy in the basement.

Imagine smiling after a slap in the face. Then think of doing it twenty-four hours a day. That was the business of hiding a Jew.

Max and Liesel become friends and the time he spends in their home shows the extent of human empathy and understanding that we sometimes forget. The way the two ‘sides of the war’ come together in human form is both haunting and heartbreaking.

The setting of the book is WW2 and the small German village of Molching near Munich, on Himmel Street –

Whoever named Himmel Street certainly had a healthy sense of irony. Not that it was a living hell. It wasn’t. But it sure as hell wasn’t heaven either.

Death is a vivid and captivating narrator who watches and waits in the shadows and the contrast between death and the living is stark and very effective – for the book despite the narrator is not all depressing and in fact the overlying message is one of hope and the human spirit. The setting may be bleak but the book is not. for alongside death, is the character of a little girl who just wants to read and understand and escape from the horrors of her life

The book was red with black writing on the spine. Der Traum Trager. The Dream Carrier. She thought of Max Vandenburg and his dreams. Of guilt. Surviving. Leaving his family. fighting the Fuhrer. She also though of her own dream – her brother, dead on the train and his appearance on the steps just around the corner from this very room.

I had never read a book written in the unique way in which the Book Thief is. It’s like sitting in a theatre, standing stage left narrating the action unfolding in life in Molching.

The words are poetry, the musical rhythm lyrical and the words carefully crafted to fully explore the feelings, raw emotions and environment of the horror of World War 2 –

The town hall stood like a giant, ham-fisted youth, too big for his age. The church disappeared in darkness the further his eyes travelled upwards.It all watched him.

Read the book and see the film. A unique and heartbreaking story – uniquely written and uniquely unforgettable.

5 thoughts on “The Book Thief – Germany”