Ever felt like boarding the Orient Express and sampling the magic travel reminiscent of yesteryear?

The perfect place to sit back and relax, maybe with a book? Murder on the Orient Express by Agatha Christie may have been the top choice until now – despite the subject matter, it does pull you into the magic of the iconic train. Even the Orient Express Website itself describes the merits of this literary companion – http://www.orient-express.com/web/orex/collection/trains/venice_simplon_orient_express.jsp

There’s a real frisson about reading this book aboard the very train on which its author travelled in the 1930s.

But before the train pulls away from the station – STOP! there is a new liteary companion there on the platform. This is a book you should certainly take with you on your journey. This is the THE ultimate companion to this most magical journey – 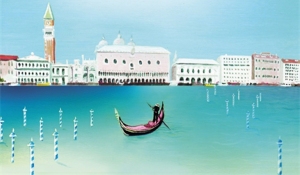 AS the clock chimes midnight, in a siding just outside Calais a train sits waiting under a still sky. Above it the moon glimmers, bathing it in a silvery glow.

The Carriages are empty, but for the ghosts of passengers walking up and down the corridors, their fingertips gliding along the marquetry, their scent mingling in the stillness in the air..

Who are these ghosts? Don’t you wonder who they were and why they were on the train? Well, we’re about to meet the ones lucky enough to be coming aboard on this most romantic journey of all! A dating agency is running a competition  –

Riley, an aging photographer journeys on the train on the same day each year……Stephanie who has been dating Simon for three months and who is now attempting to find her place in his family..

Archie and Emmie are the couple who won the agency prize, but neither of them knew they would be on that train…

The Pullman – Victoria to Calais

Across the crowded platform, he could see the lounge where passengers waited for the English rake – the Pullman that would take them to Folkestone. There they would cross the Channel to Calais, where the Continental rake, comprising the historic wagon-lits, would await them.

There is opulence and a lot of people watching in this novel as you might expect. I loved the way that the author wrote about one passenger and then moved onto another as if the second were watching the first. A frisson of people watching excitement really made me feel as if I was right there myself –

‘Cheese’ said Emmie, and the flash went off.

From across the lounge, Riley watched the proceedings with interest, although he almost couldn’t bear to watch.  they were such an intriguing couple…

The journey from Calais tells us more about those on the train – new relationships are formed, conflict raises its head and trouble looms. Two passengers board at Calais surprising one guest in particular. More stories unravel and more is at stake..

If you thought this was your average romantic novel, then you will be disappointed for although it is in parts, this is so much more than this – there is love aboard the train but it comes in several guises – passionate, new, enduring and destructive. Its promising and messy and oh so real..

The setting however, is the real star of the show and comes into its own towards the end of the novel once the train slows to its final destination – and I for one LOVED the image that the following line created in my mind –

Coming out of the Santa Lucia train station and into the bright sunlight of Venice was rather lik stepping thought the wardrobe and into Narnia, only with water, not snow.

Everything just looked so soft. There were not hard colours or surfaces, just corals and orchres and turquoise with a touch of grey.

…gothic arched windows  with stone mullions hinted at the mystery that lay behind them.

We walk past the Rialto, bridge, the church of Santa  Maria della Salute and past stalls selling Venetian masks.

Then we take a boat ride – well a water taxi

As they approached the island of Giudecca….past the long parade of shops and restaurants , then finally the classical Chiesa del Redentore, resplendent in white, its stone steps ready to welcome worshippers

Close your eyes and let this book take you to one of the most magical cities on earth..

take the most magical train of all

Close your eyes and escape

As one of the characters sums it up herself –

None of it matters. It will still all be there when you get back. What matters is living for the moment. For now. I want an adventure.